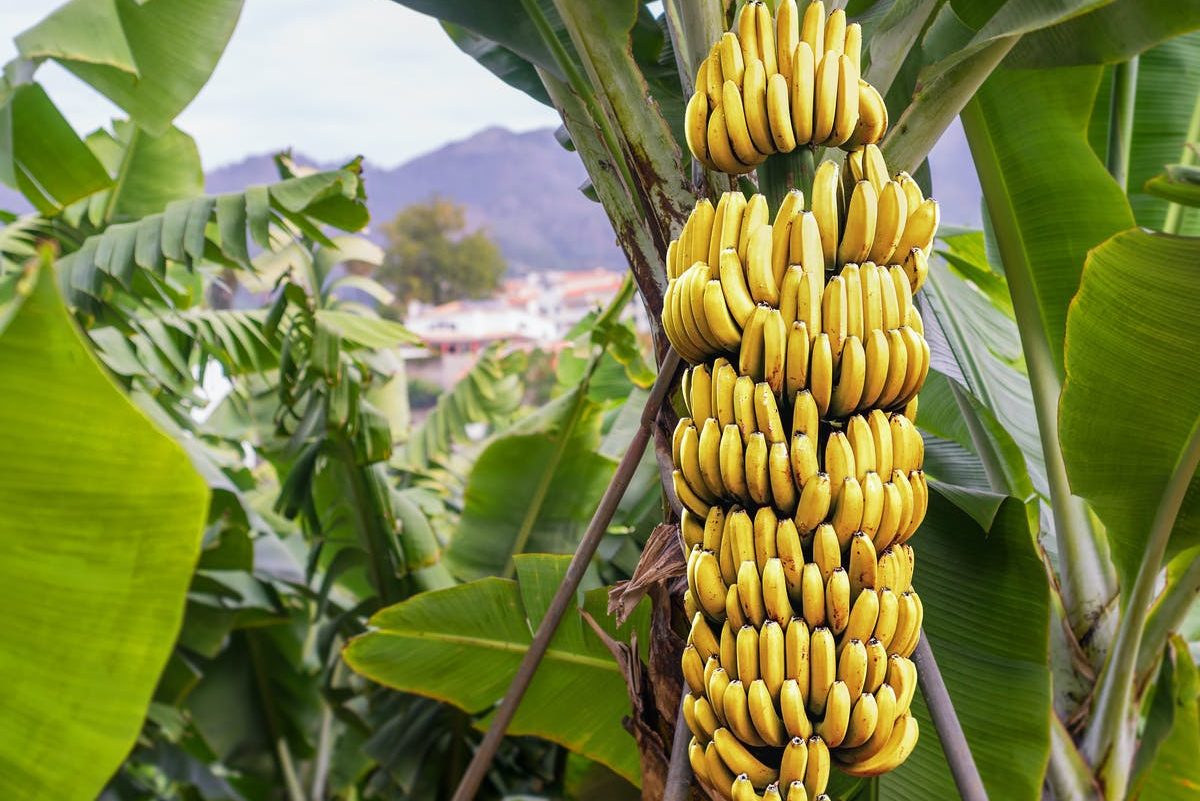 Bananas are enjoyed by millions around the world. You can eat it all on its own or add it to sweet or savory dishes. However, there are little known facts about bananas as we are going to learn in this article.

Yes, you read right. Bananas are classified as a berry because the fruit is produced by a single ovary from the flower.

2. A Banana is Technically an Herb

A banana is also considered an herb because it doesn’t form a trunk. The ‘trunk’ we see is actually a stalk. So banana ‘trees’ are just giant herbs that produce berries.  To make it less confusing, banana trees should be called banana plants.

When the old pseudostem (also known as stalk) dies, new shoots emerge from its base. This becomes the new plant that will flower, produce fruit, and then eventually die and redo the whole cycle.

Although they used to have seeds, they’ve been bred to be sterile. Some varieties of bananas contain bigger seeds but they are still propagated through shoots.

4. The Banana’s Anatomy was Named by Slave Traders

A bunch is a cluster of bananas and each bunch has 7 to 14 banana hands. The bananas on the hands are then called finders. You’d think these terms were made by farmers. However, it was made by slave traders, who also traded food like bananas.